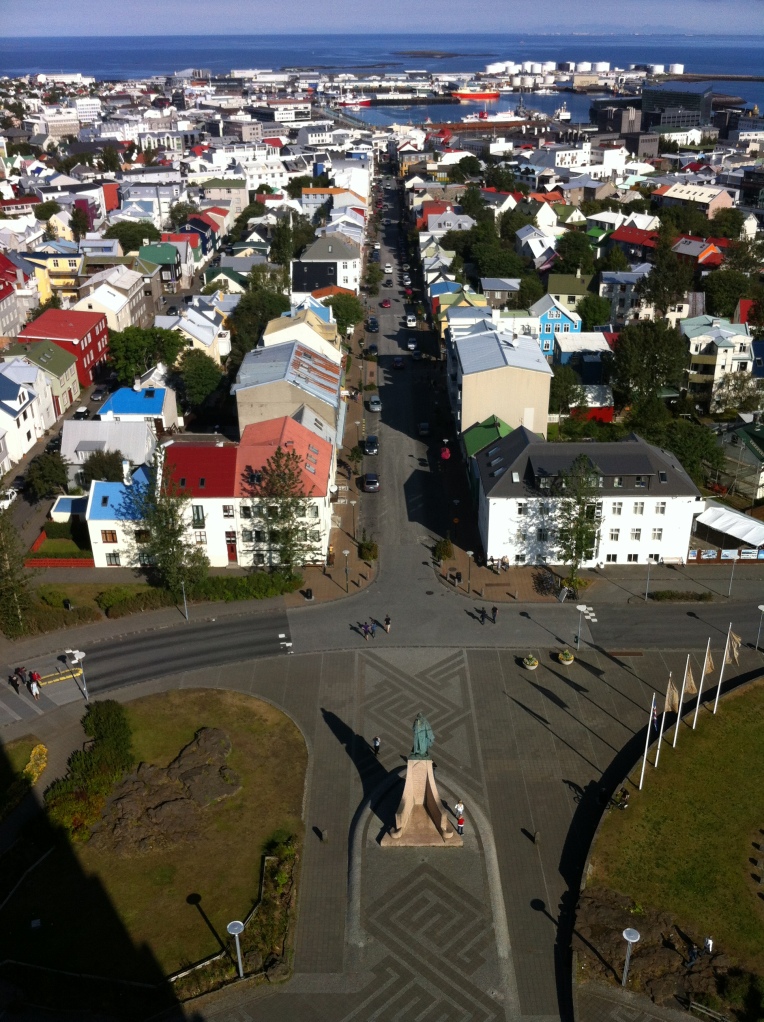 Looking down on the statue of Leif and Rekjavik

It seems that everyone wants to go to Iceland. Or maybe it only seems that way because I just returned from there. When I tell people we’ve just been to Sweden, Norway, and Iceland, the most common response has been, “I’ve always wanted to go to Iceland! What’s it like?” Forget those other two. The Iceland Tourism Board should be thrilled by this news.

What’s so intriguing about Iceland? The somewhat forbidding name (Norwegian Viking Floki Vigerdason named the island – some say it was to discourage enemies from settling there but more likely, he named it after traveling to the northern part of the island where he saw… ice)? It’s location? Having now spent a few days there, I feel hard-pressed to tell you what isn’t intriguing about Iceland. The light is spectacular. The landscape is both dramatic and stark with its volcanoes, glaciers, mountains, waterfalls, and thermal pools. The ground literally smokes. The capital city is modern, literary, friendly, and brightly colored.

And the history, oh the history. Nothing warms my little historical heart like seeing a statue of Leifur “the Lucky” Eiriksson outside the Rekjavik cathedral, the true European discoverer of North America, don’t you know. Not to mention a trip to the Þingvellir, where the Icelandic parliament formed in 930 (no, I didn’t forget a 1) and continued to meet until 1798. A pretty incredible history for a pretty incredible place.