As a kid, I loved Laura Ingalls Wilder and her “Little House” books. Every time it snowed (rare in Seattle), I’d imagine opening the front door to find a wall of snow like in The Long Winter. Or tying a rope from the house to the barn to find my way in a blizzard (not that we had a barn in the suburbs). When the power went out (a much more common occurrence), my parents and I would huddle near the gas fireplace. Though we never had to close off the upstairs of our house for the winter, I was ready if it became necessary.

I read the books so often as a child that the characters felt like members of my own family. I imagined living in Laura’s time as well as showing Laura my life should she ever come to the present for a visit.

Although its been years since I’ve read the books, I couldn’t resist a stop in De Smet, South Dakota, otherwise known as the Little Town on the Prairie. De Smet is the setting for five of Wilder’s Little House books. Pa Ingalls brought his family there in 1879. This part of South Dakota is marked by small rolling hills and glacial lakes under an enormous sky. The whole town is given over to Wilder mania… even the public restrooms. 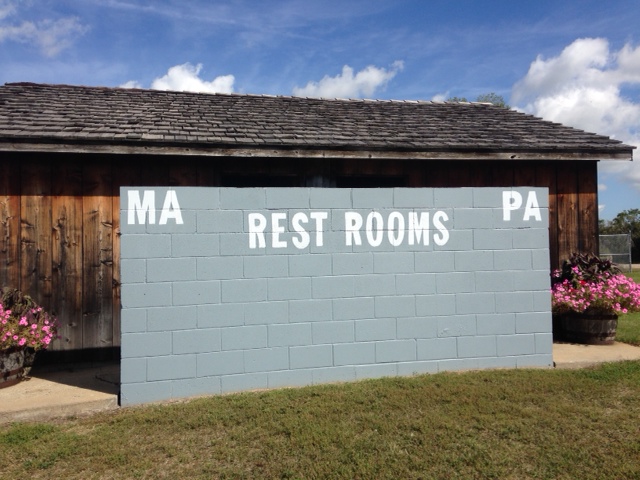 The two existing Ingalls homes are owned by the Laura Ingalls Wilder Memorial Association. There’s the Surveyors’ House, which was originally located on Silver Lake (Wilder wrote about it in By the Shores of Silver Lake), where the family lived for five months before moving to their own homestead. Down the street is the original Ingalls’ house that Pa built in 1887. Its a small white two-story frame house just a few blocks from what is today De Smet’s main street.

Some of the buildings featured in Wilder’s books still stand in the quiet town, including the Loftus Store and Banker Ruth’s house. On a warm and sunny September day, De Smet’s streets are quiet. The few people we pass smile and nod at us, surely knowing we are there for Laura Ingalls Wilder.

Just outside De Smet is the Ingalls homestead where reproductions of buildings described by Wilder dot the spacious prairie grass. The 1862 Homestead Act provided that any citizen could claim 160 acres of surveyed government land. Claimants had to “improve” the plot by building a dwelling and cultivating the land. After five years, the land was given to the original claimant for only a small registration fee. Pa Ingalls staked his claim and moved the family out to their new farm. 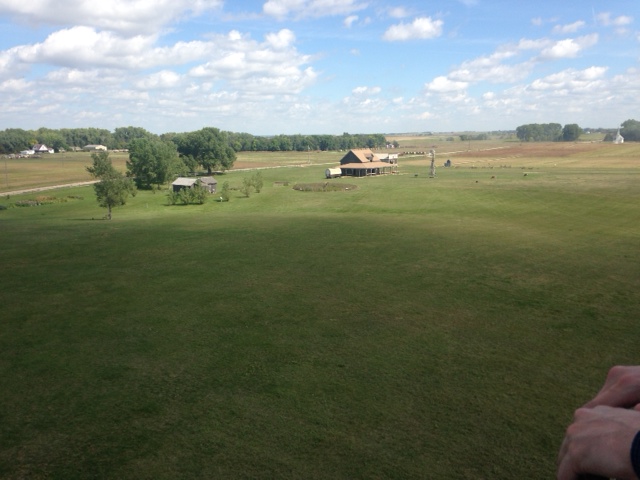 The land has passed through many hands since the Ingalls family lived there. I was far less interested in the recreated buildings than in seeing the landscape with my own eyes. Even many years removed from reading the books, I could still see the mental picture of the Ingalls’ life that I had created so long ago. It really is a beautiful place and seeing it in person (something I still can’t quite believe I really just did!), I can imagine why Pa had so much hope for this promising piece of land after so many years of hardship.